Nowhere does pubs like Ireland. While other countries developed bourgeois cafes and swanky bar cultures the Irish hunkered down in dark public houses seeking refuge from the outside. It’s getting harder to find, but the proud tradition of hiding from the elements over some creamy pints still exists in Dublin. To showcase the brilliant few that remain, I’ve put together a list of Dublin’s best pubs with fireplaces, my personal favourites.

But first, a moment's silence for the loss of The Library Bar, and The Long Stone, our recently fallen heroes, their once bright flames snuffed out before their time.

The Lord Edward is the home you wish you had. It lives up to the “public house” origin of the word “pub”, with its carpeted floor, low ceilings, and tiny stools and round tables that customers move around depending on the size of their group….or to get closer to the fire.

It’s a busy pub, even on the coldest days, The Lord Edward can really heat up as people pack in and fill up the small space upstairs. Naturally, places by the fire get snatched up fast, but after a few hours, you might even find it a bit too toasty and have to shuffle off closer to the windows and escape the sauna.

McGrattan's blends the old and new in perfect harmony.

Their smoking area has a formidable enclosed stove, which seems to be a bit rare. While it doesn’t fit the archetype of a hardwood mantle and blazing flames peppered with the cracking spits of logs burning, it serves a utility beyond its appearance. It allows people to stay in the smoking area in style, not huddled beneath an electric heater, fumbling for the button to give another 5 minutes of neck blistering heat from above.

McGrattan's fire is surrounded by a stylishly mismatched set of furniture that would otherwise be more comfortable in a suburban conservatory. The setting encourages sitting back and sinking deep into the furniture, pint in one hand, dragging deeply on a cigarette with the other.

Camden Street can be host to an aggressive wind tunnel that roars all the way down the Centra on Dame Street. Whelans offers locals a safe haven with its large space, plenty of cosy snugs, and a range of different craft beer and drink options.

The fire isn’t as consistently lit as others on the list, but if you’re lucky enough to be there when it is, it throws a great glow across the large interior of Whelans, bouncing off the low ceilings and reflecting in the dark mahogany furniture.

There’s a soothing bunker feeling to place when they get the fire going that makes it hard to leave, and easy to buy another round!

The Dalkey Duck is one of the most recent complete pub renovations in Dalkey. It changed from a traditional pub called McDonaghs in the early 2000s to a Celtic Tiger bar called The Ivory during the boom years and then fell into obscurity.

It has since been bought and renovated by the owner of Whelan’s and given a Whelan’s style makeover with lots of old furniture, dark lighting, snugs, music, and of course, a gently burning fire to seal the ambiance.

While the staff are famously bad and might leave you waiting an unnecessarily long time for a simple Guinness, the atmosphere is welcoming. And the Dalkey Duck can accommodate large groups as well as more intimate gatherings. In better weather, when the fire might be more of a curse than a blessing, their beer garden is second to none.

McNeills ticks all the boxes, pub, fireplace, old wooden interior, and trad music six nights a week. Capel Street is a bit of a Mecca for fireside pints, there are at least three pubs (Slattery’s, McNeills, and Jack Nealon's) with fireplaces nestled amongst the Asian eateries on Capel Street, but McNeills has the best atmosphere to suit the mood.

The fire sits close enough to the bar that you can gesture from the flames for another drink, and the barmen load it up with coal, turf, and logs for a pleasant aroma and mix of glowing embers and flames. Beware though, the trad musicians have a claim to the fireplace and a sign warns that you will be kicked out of your seat when they arrive. If you’re there for the music, it’s best to take some of the chairs at the bar, or against the wall for the best view of the show.

The Glimmerman is appropriately named for this list. During WWII a public campaign told citizens not to waste gas…”not even a glimmer” during the gas rationing at a time when it was hard to import from our European neighbours. The campaign had an unintended effect – it gave birth to the term “Glimmerman” as a pejorative against gas inspectors checking on people's use.

The Glimmerman is a real gem of the Northside, and somewhere that the stove almost takes second place to the overall atmosphere of Dublin’s quirkiest pubs. Amongst the knick nacks and bicycles suspended from ceilings, nestled between two bench seats, and below two framed pictures (Bob Marley and a map of Ireland), is The Glimmerman’s stove, and unlike its namesake, there’s no shortage of fuel for the fire here.

Although the pandemic restrictions have gone from Ireland, the tidal wave of popularity for wild swimming means people need somewhere nice to warm their bones after a frosty winter swim, and there’s no better place than The Bloody Stream.

The fireplace is the heart of the home, and The Bloody Stream chose it as their centrepiece. It’s surrounded by a stone mantle, whitewashed walls, and a polished hardwood floor. It’s a picture-perfect image of an Ireland we all wish we had on our doorstep, and luckily, many of us do.

Their soup of the day is only €4.95 and served with homemade brown bread, and their fresh seafood chowder is only €7. That’ll warm the core and cockles! 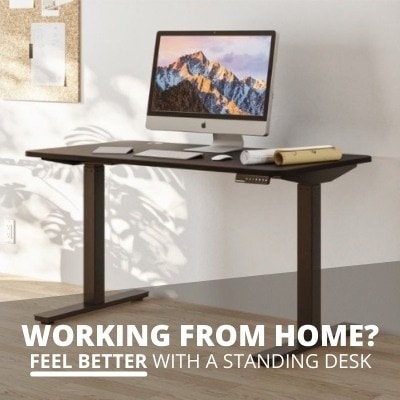